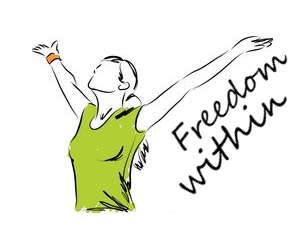 When I became a fan of  "Message from God" the TV series I signed up to get daily messages. I had totally forgotten that until I got my life in alignment with the way that I feel God wants me to live my life.
It's interesting that it was only then that I started getting the daily messages. Today's message for me:
"Freedom is much misunderstood as freedom from something, as outward facing. Such freedom is illusory. Real freedom is freedom from mental sins of desire, hate, prejudice. Real freedom brings peace, grace, bliss"

I find this is true with "Financial Freedom". Too many people believe that they will be financial free when the incoming exceeds their outgoing money. While this seems only logical, the truth is that you can have that and still not be financially free.

I remember a conversation I had with a man that was also on the shuttle to the LA Airport that had money in abundance but he was not in bliss or at peace with where his life had taken him.

I was on my way to Cambodia and there was a sharp contrast to the people there. Cambodia is one of the poorest nations yet I saw families that were at peace and bliss because they could be a family.

You might not be aware of Cambodian history, but during the Vietnam Era there was a dictator that separated families by killing parents and older children were raising not only their own siblings but other orphans. A very dark time indeed.

So you can see why families are so special to these children now grown. Something we take for granted in America is having the opportunity to be as a family.

I invite you to look at your life. Do you feel freedom? Do you cherish all the blessing that God has given you?

REMEMBER FREEDOM COMES FROM WITHIN

When I became a fan of  "Message from God" the TV series I signed up to get daily messages. I had totally forgotten that until I g...

Colleen M. Norris
I have been a game designer for over 5 years. As I was putting on want I thought were the finishing touches of the game "In Search of the Ogres" I realized that there was a great story and overnight I become an Author. I am excited about the three books that I am writing. The first book titled "The Fairy War: In Search of Balance" starts with. Argon the Dragon and two fairies going back in time trying to re-write Etheria's history and stopping the Raven King from turning the kingdom of fairies to a Raven Kingdom. The Second Book "The Fairy War: In the Beginning" explains the creation of Etheria by Celio, the King of Utopia and how the Raven King came to live in the castle. The third book "The Fairy War: Conquering the Dragon" has a surprise ending much like in StarWars when Luke hears "I am your father"